Office of the President / Diversity at Trinity

February is Black History month. Colleges and universities across the country are marking this national observance with events and educational opportunities. The Trinity University Humanities Collective joined more than 60 schools around the country in a national day of crowd-sourced research to commemorate the birth of abolitionist Frederick Douglass. The Smithsonian, the National Museum of African American History and Culture, and the Colored Conventions Project organized the event nationally. On Feb. 14, Trinity faculty, staff, students, and community members read and transcribed 19th-century letters, handwritten by former slaves, seeking support from the Freedmen's Bureau. The event offered students an opportunity to work directly with primary documents and contribute to a larger effort to preserve American history. 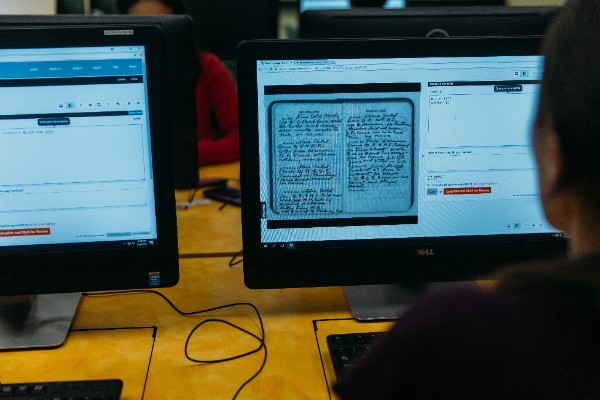 Members of Trinity's Black Student Union (BSU) are sponsoring a number of events during the month, including a communications campaign called "Hidden Black Figures" that highlights the achievements of black Americans. Just last night, I was privileged to attend Step Afrika!. "Step" is a percussive, polyrhythmic dance that began among African American college students in the early 1900s. Last night's performance was entertaining, interactive (yes, some audience members were on the stage), and energizing. 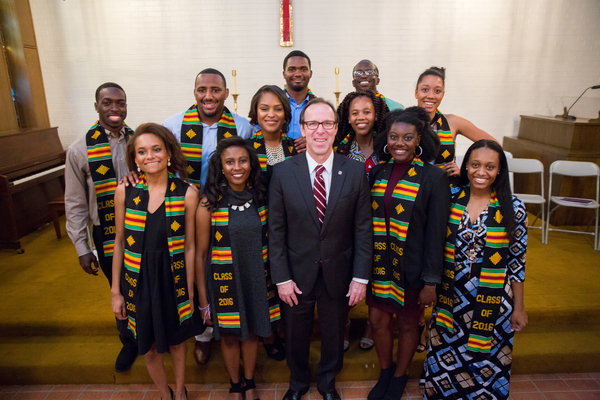 I am proud to see what is emerging on the Trinity campus because of our students. Two years ago, students organized Trinity's first Kente Ceremony. This student-led initiative recognizes the achievements of our African-American students as they graduate. This spring students with the Trinity University Latino Association will host our first De Colores Ceremony to celebrate the achievements of our graduating Latino and Latina students. Like the Kente ceremony, students will receive a stole they can wear during graduation. 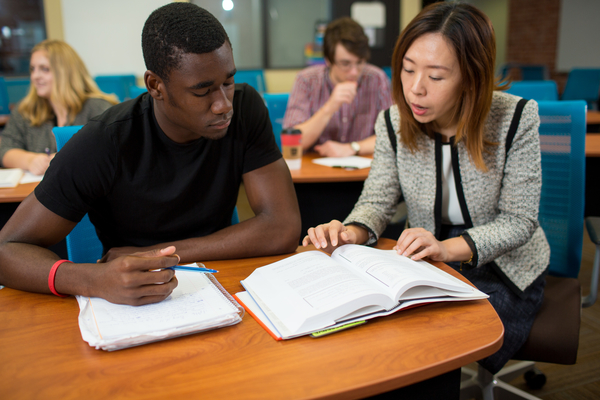 Trinity students are paving the way for the future and achieving against the odds. National statistics on high school and college graduation rates show that our nation has improved over previous decades; but, gaps still persist. Nationally, in 2014-2015 Hispanic students graduated from high school at a rate of 78 percent and black students 75 percent, contrasted with 88 percent for white students. College completion rates vary widely along racial and ethnic lines, with black and Hispanic students earning degrees at a much lower rate than white students. According to the Brookings Institute, this disparity in educational attainment for underrepresented populations "will impede our nation's efforts to develop a flourishing, inclusive economy." Fortunately, Trinity students of color are exceeding the national graduation rates in significant proportions, but we still have much to accomplish as we seek a community not only of diversity and inclusion, but also equity. 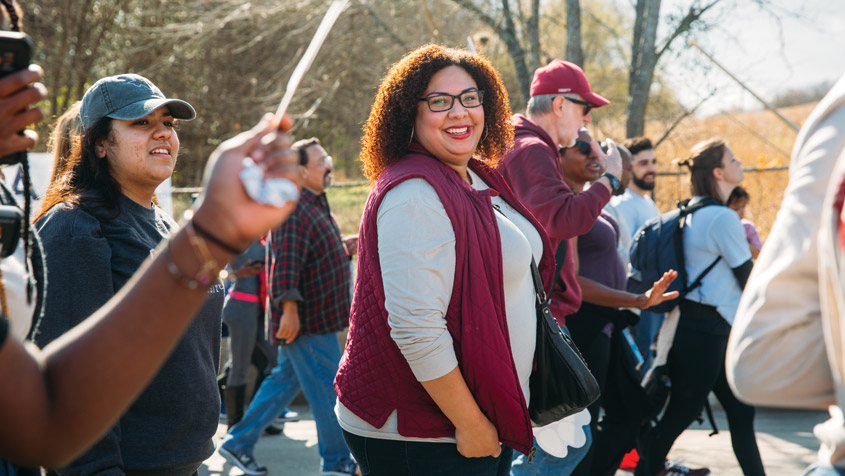 In Breakpoint: The Changing Marketplace for Higher Education, author Jon McGee makes a strong case that "demographic projections have for years indicated that changes among the traditional age college population—in number and in characteristics—would have profound effects on colleges and universities across the country." Acknowledging this reality means we must inspire a generation of traditionally underserved students to become equal partners prepared to take their roles in leading our collective future.

Trinity recently named Allison "Alli" Roman as its new director for diversity and inclusion. Alli came to us from the Gayle R. Davis Center for Women and Gender Equity at Grand Valley State University in Allendale, Mich. In this new role at Trinity, Alli will work to enhance the retention, academic progress, and career success of underrepresented and historically marginalized populations.

At Trinity, we recognize diversity and embrace inclusion in order to build a stronger, more united campus community. Dr. Dee Jones, vice president for Academic Affairs, reminded our faculty: "Everything that happens at Trinity, whether it's in organic chemistry, philosophy, or a course devoted to studying 20th-century poets, every teaching act contributes to a student's ability to carve out a dignified life defined by respect for others – no matter their difference, perceived or real." 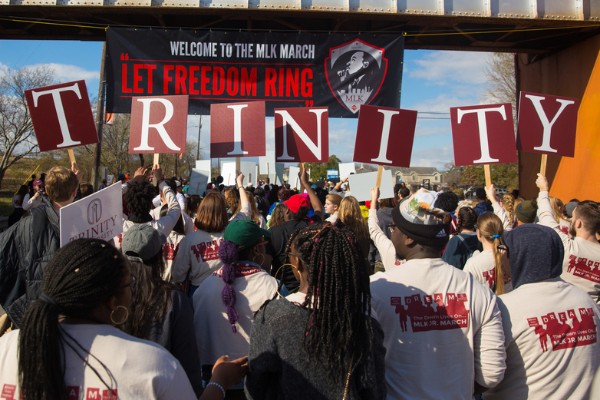 To walk as a Trinity University community in the San Antonio Martin Luther King Jr. March, to attend a Black History Month event organized by our students, to see student achievement recognized and celebrated in a Kente Ceremony or a De Colores Ceremony, to listen carefully as our students suggest to me ways to make the their Trinity journey better—these are all essential to the fabric of Trinity. It is a true honor and a humbling experience to be a part of the Trinity community. Thank you for your continued support and engagement with Trinity University as we strive to live fully our values as a university of the highest order.

Thank you for your continued support and engagement with Trinity University.

As Trinity's chief storyteller, I love to share news about the University. But I also love hearing from you. Please feel free to contact me at TUPresident [at] trinity.edu.